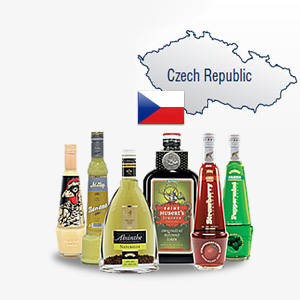 Their growing influence on the market was dampened by the beginning of World War II and the introduction of spirit rationing for domestic producers of alcoholic beverages. The owner’s son Bohumil Metelka finished his studies at a distillery school in 1946 to 1947 and continued with his father’s business.

However, the Company’s bloom ended involuntarily in 1948, when the Communist Party seized political power, and thus private enterprise in then Czechoslovakia was brought to an end.

After the fall of the Communist regime in 1989, Mr. Bohumil Metelka passed his experience in the branch to his son Milan, who began building a family liqueur factory at Moravské Prusy at the end of 1991, thus continuing with the tradition of the alcoholic beverages production, which goes on to date. In 2015 the manufacturing facilities have been moved to the RUDOLF JELINEK company in Vizovice.