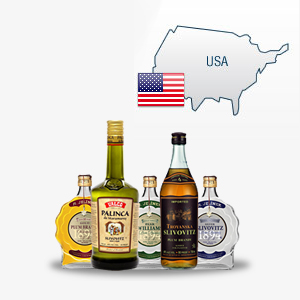 R.JELINEK USA, LLC. has been established to continue in developing the sales, distribution and marketing of the R.JELINEK brand in the USA. The brand, launched at the US market by Mr. Rudolf Jelinek in 1934, is currently distributed in more than 30 U.S. Federal member states from East to West Coast, including the major markets of New York, Los Angeles, Chicago. Nowdays, R.JELINEK is available in over 5.000 liquor stores and restaurants throughout the United States. The range of products consists of the Premium kosher Fruit Distillates, such as Silver and Gold Slivovitz, Pear Williams or Bohemia Honey, very popular mainly at the East Coast. On the other hand, the West Coast favours our liqueurs preferably JELINEK Fernet and Amaro. In 2015, R.JELINEK USA promoted the R.JELINEK brand in many ways, from supporting the cultural events, such as CZECH THAT FILM festival, WEST FEST music festival, to communication via social media (new FACEBOOK page R.JELINEK USA).