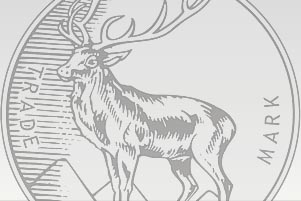 These markets are in detail described here.

The Company is also present on Canada’s market, another important market on the North American continent. This market, divided into provinces, is a specific problem of the “MonopolyState“. The Province governments control the import, wholesale and sometimes even retailing, and the suppliers must be represented by licensed brokers. At presents, our products are actively delivered to the provinces of Ontario, Quebec, Alberta and British Columbia.

R.JELINEK GROUP belongs to the world’s biggest manufacturers of fruit distillates. The European fruit distillate market is chiefly the domain of a few markets. The most important players in the branch of fruit distillates (spirits) include Germany, Austria, Italy, Switzerland. At present, products by R.JELINEK GROUP are represented on those markets, exported repeatedly, and the offered portfolio is being actively extended. One feature applies to all these markets: they are very demanding as far as quality concerned, and they are proud of their domestic production.

At present, our products can be also found on the shelves of several chain networks like METRO Austria.  Germany is one of the most important markets as to the number of customers. Here, the knowledge of the brand is obvious especially in eastern regions of Germany (former GDR).

The Company also has a very strong position in bulk deliveries (deliveries of distillates in tanks) to West European countries. These are especially the deliveries of Williams pear distillate from our subsidiary manufacturing company in Chile. European producers of pears, and, subsequently, the manufacturers of the Williams distillate, are not able to provide sufficient production volumes to cover the constantly growing consumption of this product.

Deliveries take place in shipping containers of the volume of 24,000 lt. After arrival at German ports, the containers are distributed directly to customers throughout Western Europe. German consumers belong to the biggest buyers and consumers of our Williams pear brandy. Italy occupies the second place.

The Romanian company of Valco and the Bulgarian company of Vinprom Troyan are also successful in exporting to Western Europe, especially to Germany and France. The exports include especially Palinca Premium, Palinca, Tuica and Troyanska otležala rakija.

Slovakia represents the historically biggest export market with a dynamic  growth. The foundation of the subsidiary company in 1999 was an important milestone of the export to the Slovak market. At present, distribution is provided by 25 business partners  The biggest distributors are KON-RAD, IMS, TOP LIMO, SMANDRA, CBA SK or HEINEKEN. Thanks to these distributors, products of the brands R. JELÍNEK, METELKA and VINPROM TROYAN are delivered to the network of independent wholesale, retail, snack bars, petrol stations etc.

The total of 100 items is exported to the Slovak market. The TOP product among the sales is plum brandy offered in several variants (white, golden, jubilee, kosher etc.). The category that grows most is pear brandy and other products with pear flavour.

The market of Poland is a promising one both as to the number of inhabitants and as to the popularity of spirits. The Company has a representation there, too. 13 items of the R.JELÍNEK brand are delivered to selected wholesalers as well as to retail chains (Kaufland, Makro, Lekkerland etc.). The most demanded products of the portfolio offered are Švejk Tuzemák, Moravská Švestka and Absinth. For the Company, Poland also represents an important buyer of distillates and macerated extracts in large-volume packages.

Romania and Bulgaria are special export markets due to the bases in the form of the subsidiary manufacturing companies. R.JELÍNEK products are distributed both to wholesale stores and to the chain networks on both markets. The Romanian customer has taken liking for plum flavours in the form of Plum liqueur or white plum brandy; Absinth, Plum vodka, Griotte or Plum liqueur enjoy the biggest consumption on the Bulgarian market.

Russia, China and Other Export Markets

You can meet products by R.JELINEK GROUP on five continents of the world. Within the strategy of R. JELÍNEK mark enforcement, even more distant markets than Europe were gained during the past years. This concerns especially the market of China, where the Company has had direct agency since 2009. Products are not only delivered to bars and restaurants there, but they are also offered by means of an e-shop. The main export product for Chinese market is Absinth, Vodka, herbal liqueurs and whisky.

R.JELINEK GROUP products find fans even on more exotic markets. We managed to export our products to the Georgian market last year. Our products are offered together with Czech beer on that distant market. The pleasing news is that the products delivered to that market belong to our Company’s flagships (especially fruit distillates).

An export to the African continent – the Republic of South Africa – has a long history. As to the composition of the range of products, the principal products on those markets are tried global products like vodka, absinth, whisky,liqueurs and a small quantity of fruit distillates.

Export to Singapore, which serves as the entrance gate to South-Eastern Asia, was carried out together with the export to the African continent. The consignment contained an overall summary of our range of products.